What are nested exceptions? Sometimes exception handling code can fail and raise an exception itself. In some languages such as Ruby, the original exception the code was trying to handle is stored in a new exception object and exposed by the Exception#cause method. Example of a nested exception: 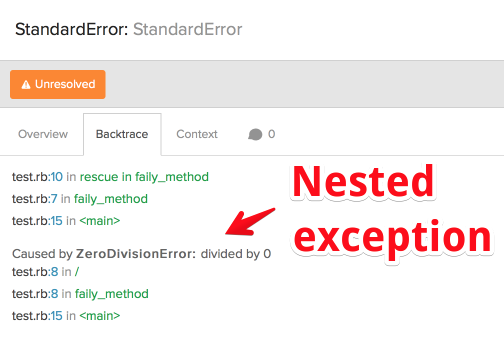 Want to start capturing nested exceptions today? Start your 14-day free trial today and you’ll be organising and tracking all your application’s errors in just a few minutes.